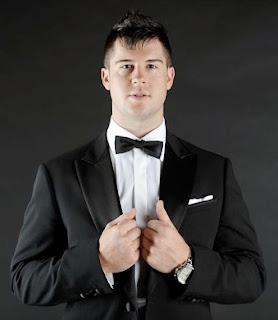 
Defenseman Mike Green declined the Capitals’ qualifying offer of a one-year contract worth $5 million. He had until 5 p.m. Sunday to accept the deal, as was the case with all restricted free agents considering qualifying offers.

Both sides can continue to negotiate and from the sound of it, George McPhee seems positive that Green will be a Cap next season. Both Green and Carlson were offered one year deals. The Capitals also have the right to retain the player by matching any contract given to them by any other team.

It is clear that Green is looking for a more long term contract, be it with the Capitals or else where. McPhee's offer is just a first step in the process, sort of a ante in poker. Now both sides can sit at the table and negotiate more time or more money or both.

While Green is probably worth the $5 million or so a year, his production has tailed off some in recent seasons due to mostly injuries. He had a career year in '08-'09 where he scored a jaw dropping 31 goals and had 73 points that season. That playoff year was the year of "they don't make my stick anymore" and he only contributed for 9 points (1g, 8a) and was a -5 in seven game series with the Rangers and the Penguins. 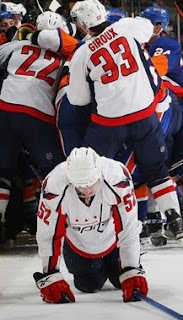 When the Capitals needed him the most, Green's performance in the playoffs was less then stellar after the '08-'09 post season. The first two years of his NHL playoff career, he amassed 16 points through 3 series with all of them going to a game seven (he was a combined -7). After that, he has only mustered 13 points in the last three post seasons, 5 series in total including scoring only 3 assists, zero goals against Montreal in '09-'10 and only registering one assist and was a -3 in three games against the Tampa Bay Lightning who swept the Capitals in '10-'11.

Whether it ranges from excuses on poor performance or fighting the injury bug, Green still banks on the magical season where he put up 31 goals and led all defensemen that season. But he has done little since to warrant a contract more than what he is making now.

What Mike Green brings to the Capitals (or has brought) is a genuine threat on the power play. A defenseman that is not afraid to pinch in from the blue line to get that killer shot. Great hands, and offensive minded, Green added a layer to a defensive squad that propelled the Capitals into the playoff picture in the first place. But with injuries mounting, and the lack of production in the post season, is he more a liability? Can the Capitals live with out Green?

There is no reason to panic that Green is gone for good. With time left to negotiate, McPhee has in many ways helped to build a team around him in many ways. If Green can stay in a good mental place, and stay healthy, there is no reason he can't make a run at 30 goals again. With a power play specialist as a head coach in Adam Oates, there is no need for Green to head to the door just yet.
Thought up by Garrett at 12:06 AM

Email ThisBlogThis!Share to TwitterShare to FacebookShare to Pinterest
I've thought of this before: A. Oates, Green, McPhee